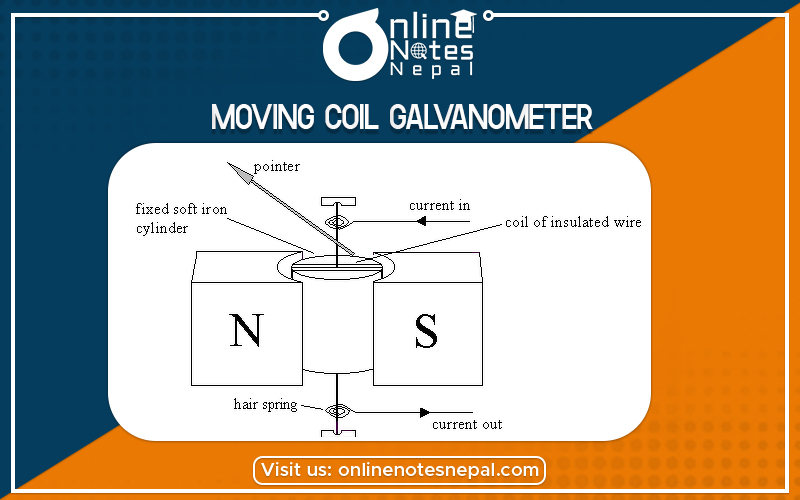 It is a device that is used to measure and detect the small amount of electric charge i.e electric current. It is the most sensitive device and used in many electrical instruments. It is the major basic component of Ammeter and Voltmeter.

Principle:
Moving coil galvanometer is based on the fact that when a current-carrying rectangular coil is placed in the magnetic field it experiences torque Construction: The construction of the galvanometer is as shown in the figure. The galvanometer consists of a rectangular coil PQRS having N number of an insulated copper coil which is wounded in the nonmagnetic metallic frame of soft iron as a center core. The coil is suspended by a phosphor-bronze strip through a torsion head so that it is free to rotate about the vertical axis. The coil is placed in between two pieces of magnet. The other end of the coil is connected to the light spring and finally, to the terminal T2, The torsion head is connected to the terminal T1. A concave mirror m is placed to the suspension strip to note the deflection of the coil using a lamp and scale arrangement.