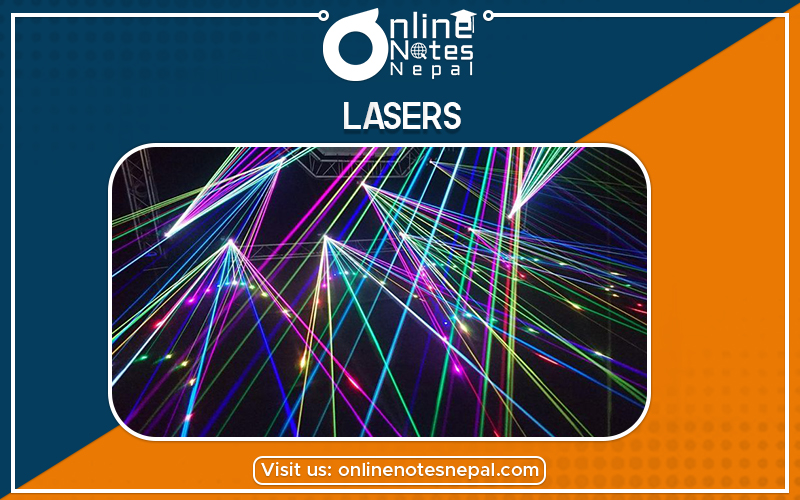 A laser is a device that emits light through a process of optical amplification based on the stimulated emission of electromagnetic radiation. The term “laser” originated as an acronym for “light amplification by stimulated emission of radiation”. The first laser was built in 1960 by Theodore H. Maiman at Hughes Research Laboratories, based on theoretical work by Charles Hard Townes and Arthur Leonard Schawlow.

A laser differs from other sources of light in that it emits coherent light. Spatial coherence allows a laser to be focused to a tight spot, enabling applications such as laser cutting and lithography. Spatial coherence also allows a laser beam to stay narrow over great distances (collimation), enabling applications such as laser pointers and lidar. Lasers can also have high temporal coherence, which allows them to emit light with a very narrow spectrum, i.e., they can emit a single color of light. Alternatively, temporal coherence can be used to produce pulses of light with a broad spectrum but durations as short as a femtosecond (“ultrashort pulses”).

Modern telescopes use laser technologies to compensate for the blurring effect of the Earth’s atmosphere.
Lasers are distinguished from other light sources by their coherence. Spatial coherence is typically expressed through the output being a narrow beam, which is diffraction-limited. Laser beams can be focused to very tiny spots, achieving a very high irradiance, or they can have a very low divergence to concentrate their power at a great distance. Temporal (or longitudinal) coherence implies a polarized wave at a single frequency, whose phase is correlated over a relatively great distance (the coherence length) along the beam. A beam produced by a thermal or other incoherent light source has an instantaneous amplitude and phase that vary randomly concerning time and position, thus having a short coherence length.

Lasers are characterized according to their wavelength in a vacuum. Most “single wavelength” lasers produce radiation in several modes with slightly different wavelengths. Although temporal coherence implies monochromaticity, some lasers emit a broad spectrum of light or emit different wavelengths of light simultaneously. Some lasers are not single spatial mode and have light beams that diverge more than is required by the diffraction limit. All such devices are classified as “lasers” based on their method of producing light, i.e., stimulated emission. Lasers are employed where the light of the required spatial or temporal coherence can not be produced using simpler technologies.