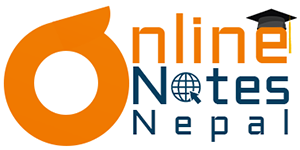 A glass tube used to study the electrical conduction through gases at low pressure is known as a discharge tube.

When the pressure in the discharge tube is reduced to about 10mm of Hg. The blue streamers are formed with the cracking raise.

(III)At a pressure of 2mm of Hg

When the pressure in discharge in the discharge tube is reduced to about 2mm of Hg a long Luminous Column appears from anode to cathode called a positive column. Colour depends upon the nature of the gas.

In this range of pressure, the positive column shortens and breaks into an alternative bright and dark disc called striation.

Cathode rays are the electrons travelling from the cathode to the anode. The walls of the tube are seen to glow with blue or green light, depending on the nature of the glans.

The invisible rays, emerging normally from the cathode of a discharge tube, kept at a pressure of 0.01mm of Hg and under a very high potential difference of the order of 10-15 KU is called Cathode Rays.

These are the conceptual notes of gaseous discharge at various pressure

(I)Cathode rays are emitted normally from the surface of the cathode.

(II)Cathode rays can penetrate the small thickness of matter such as sheets of aluminium foil.

(III)Cathode rays carry a negative charge. So they are deflected by an electric and magnetic field.

(V)They travel with 1/2 the velocity of light.