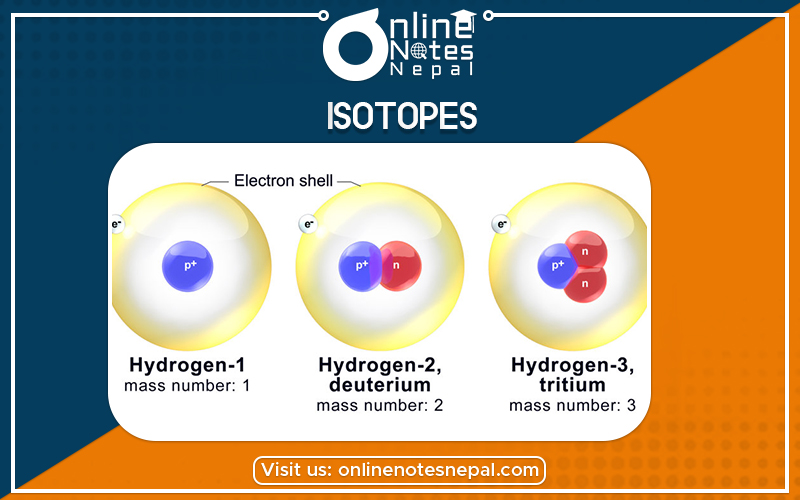 Isotopes are variants of a particular chemical element that differ in neutron number, and consequently in nucleon number. All isotopes of a given element have the same number of protons but different numbers of neutrons in each atom.

The term isotope is formed from the Greek roots isos (ἴσος “equal”) and topos (τόπος “place”), meaning “the same place”; thus, the meaning behind the name is that different isotopes of a single element occupy the same position on the periodic table. It was coined by a Scottish doctor and writer Margaret Todd in 1913 in a suggestion to chemist Frederick Soddy.

For example, carbon-12, carbon-13, and carbon-14 are three isotopes of the element carbon with mass numbers 12, 13, and 14, respectively. The atomic number of carbon is 6, which means that every carbon atom has 6 protons so that the neutron numbers of these isotopes are 6, 7, and 8 respectively.

Elements are defined by the number of protons in the atomic nucleus. For example, an atom with 6 protons must be carbon, and an atom with 92 protons must be uranium.
In addition to protons, the atoms of nearly every element also contain neutrons. The mass of a neutron is almost identical to that of a proton. Both are formally given an atomic mass number, A, of 1.
The simplest, commonest form of hydrogen has a nucleus that consists of a single proton; it is the only atom with no neutrons: its mass number is 1.
A rarer form of hydrogen known as deuterium has one proton and one neutron: its mass number is 2.
The third form of hydrogen known as tritium has one proton and two neutrons: its mass number is 3.
When an element’s atoms have different numbers of neutrons they are said to be isotopes of that element. Three isotopes of hydrogen have been described above.

The first evidence for multiple isotopes of a stable (non-radioactive) element was found by J. J. Thomson in 1913 as part of his exploration into the composition of canal rays (positive ions). Thomson channeled streams of neon ions through a magnetic and an electric field and measured their deflection by placing a photographic plate in their path. Each stream created a glowing patch on the plate at the point it struck. Thomson observed two separate patches of light on the photographic plate (see image), which suggested two different parabolas of deflection. Thomson eventually concluded that some of the atoms in the neon gas were of higher mass than the rest.

F. W. Aston subsequently discovered multiple stable isotopes for numerous elements using a mass spectrograph. In 1919 Aston studied neon with sufficient resolution to show that the two isotopic masses are very close to the integers 20 and 22 and that neither is equal to the known molar mass (20.2) of neon gas. This is an example of Aston’s whole number rule for isotopic masses, which states that large deviations of elemental molar masses from integers are primarily because the element is a mixture of isotopes. Aston similarly showed[when?] that the molar mass of chlorine (35.45) is a weighted average of the almost integral masses for the two isotopes 35Cl and 37Cl.