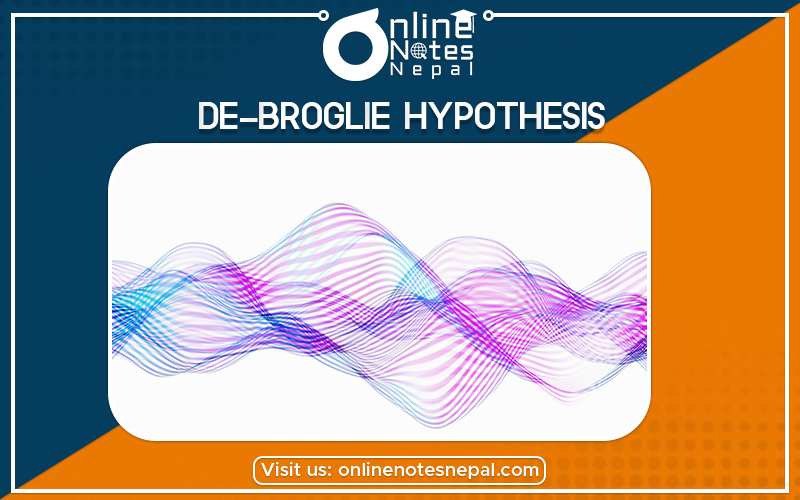 In quantum mechanics, the matter is believed to behave both like a particle and a wave at the sub-microscopic level. The particle behaviour of matter is obvious. When you look at a table, you think of it as a solid, stationary piece of matter with a fixed location. At this macroscopic scale, this holds true. But when we zoom into the subatomic level, things begin to get more complicated, and matter doesn’t always exhibit the particle behaviour that we expect.

This non-particle behaviour of matter was first proposed in 1923, by Louis de Broglie, a French physicist. In his PhD thesis, he proposed that particles also have wave-like properties. Although he did not have the ability to test this hypothesis at the time, he derived an equation to prove it using Einstein’s famous mass-energy relation and the Planck equation.

Albert Einstein was the first scientist to draw a relationship between mass and energy, culminating in his now-famous equation: E = mc^2. In this equation, e is energy, m is mass, and c is the speed of light.

German physicist Max Planck created the equation now known as the Planck equation or Einstein-Planck relation to describe the energy in a photon wave. The equation is E = h*nu, where e is energy, h is the Planck constant, and nu is the frequency of the wave. Now, Planck’s constant is a proportionality constant to describe the relationship between the energy and the frequency. Constants are known values in science, and we can look up their value and directly plug them into equations.

Louis de Broglie figured that if matter also behaved like waves, just like light, the Planck equation would also apply to matter. So he combined the Einstein and Planck equations because Einstein’s equation solely dealt with the energy of matter, and Planck’s equation dealt with the energy of waves. As both equations had energy on one side of the equation, de Broglie made both sides equal to each other giving us:

mv^2 = h*nu
It’s important to remember that although the nu from the Planck equation looks like a v from the Roman alphabet, it is actually the lowercase Greek letter nu. The Greek letter nu is often italicized to avoid some confusion (see video).

Let’s recall the relationship between wavelength and frequency in a wave. Wavelength is the distance between two successive peaks in a wave. Frequency is the number of peaks that pass through a fixed point during a given time interval. They are related in that velocity = wavelength x frequency or:

De Broglie substituted wavelength into his equation by:

mv^2 = (h*v)/lambda. This allows us to solve for lambda and simplify the equation: