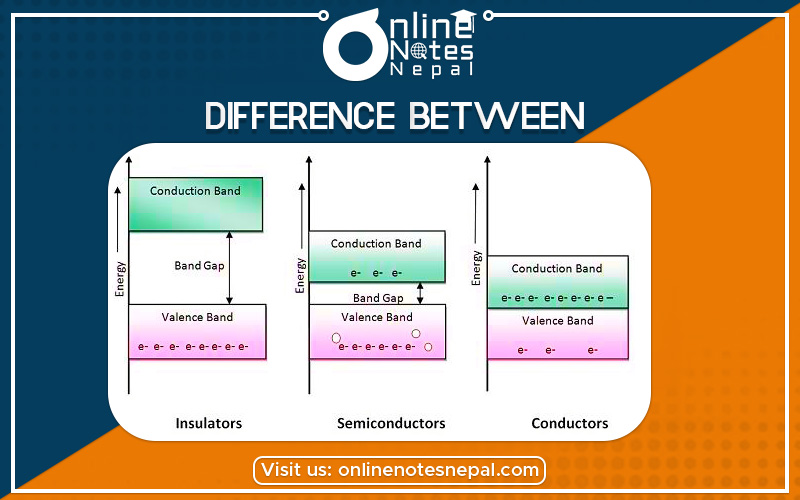 In the conductor, current flows because of negatively charged carriers called electrons. In Insulator there is no flow of charged particles, In semiconductor the current flow because of the movement of holes and electrons, if the semiconductor gains energy either because of thermal agitation or by doping then the electrons can easily move from valence band to conduction band which left behind the vacant position in the valence band which is acquired by another electron which in turn leaves behind a vacancy, this vacancy in the valence band is positively charged called as the hole. The direction of holes flow is opposite to the direction of electrons flow.
In conductors the current flow because of electrons, therefore the charge carriers are very high, for insulators, there is no free charge carrier, In a semiconductor, the number of charge carriers is very less.