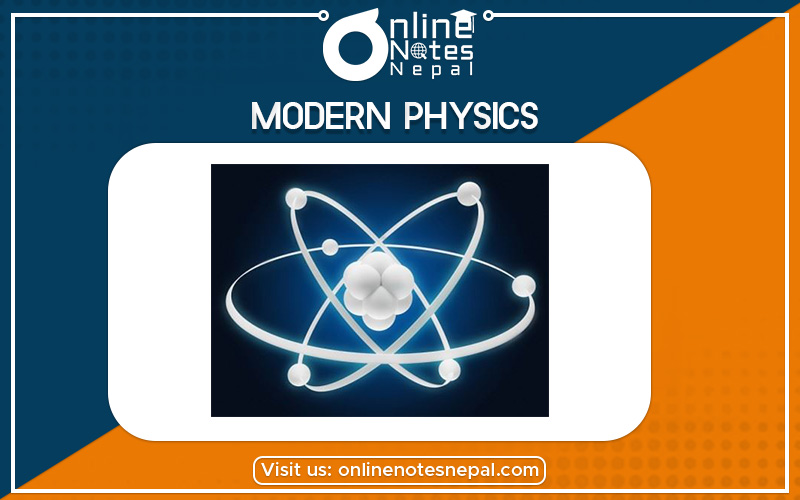 Modern physics is a branch of physics that deals with the post-Newtonian concepts in the world of physics based on the two breakthroughs of the 20th century. E=V/d [∴ r=d is the distance between +ve and -ve plate]
Quantization of charge is charged present in a body (Q) equal to integral (±n) multiple of a basic unit of charge € is known as quantization.
Q=±ne

Here,
e=Charge of electron
m=mass of electron
v=Velocity of electrons
d=distance of two plates
Hence, equationn IV is equation of parabola so, the motion of electrons in the electrics field is parabolic. TT

Let US Consider an electrons beam moving horizontally with speed ‘V’ Which enters a uniform magnetic field of magnitude B acting perpendicular to the distance of motion shown in the figure.

From figure,
Force acting on it,
F=BeV I
If the magnitude field is uniform the force is constant in magnetic and the beam travels in a circle in a circle of radius ‘r’ provides a centripetal force.
These are the conceptual notes of Modern Physics.