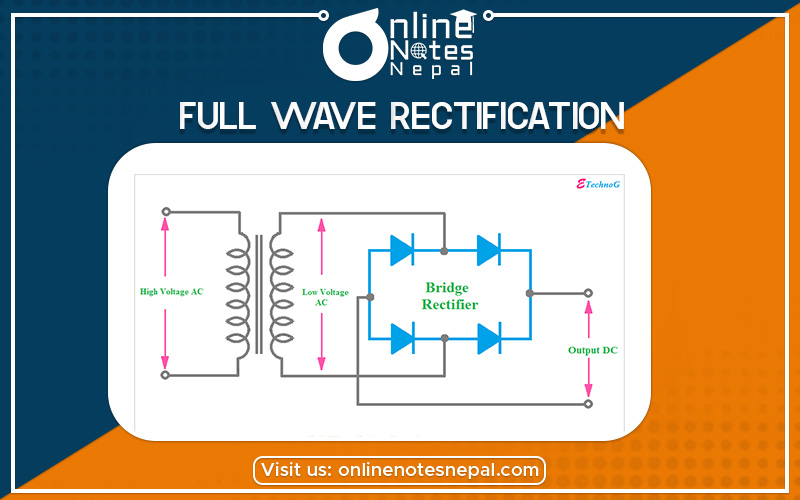 In the previous Power Diodes tutorial, we discussed ways of reducing the ripple or voltage variations on a direct DC voltage by connecting smoothing capacitors across the load resistance.

While this method may be suitable for low power applications it is unsuitable to applications that need a “steady and smooth” DC supply voltage. One method to improve on this is to use every half-cycle of the input voltage instead of every other half-cycle. The circuit which allows us to do this is called a Full Wave Rectifier.

In a Full Wave Rectifier circuit, two diodes are now used, one for each half of the cycle. A multiple winding transformer is used whose secondary winding is split equally into two halves with a common center-tapped connection, (C). This configuration results in each diode conducting in turn when its anode terminal is positive concerning the transformer center point C producing an output during both half-cycles, twice that for the half-wave rectifier so it is 100% efficient as shown below. The full-wave rectifier circuit consists of two power diodes connected to a single load resistance (RL) with each diode taking it, in turn, to supply current to the load. When point A of the transformer is positive concerning point C, diode D1 conducts in the forward direction as indicated by the arrows.

When point B is positive (in the negative half of the cycle) concerning point C, diode D2 conducts in the forward direction and the current flowing through resistor R is in the same direction for both half-cycles. As the output voltage across the resistor R is the phasor sum of the two waveforms combined, this type of full-wave rectifier circuit is also known as a “bi-phase” circuit.