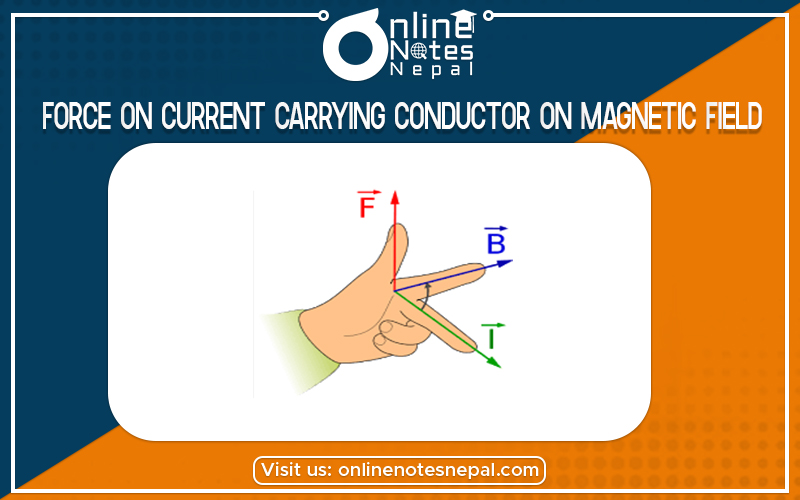 The direction of this force is always right angles to the plane containing both the conductor and the magnetic field and is predicted by Fleming’s Left-Hand Rule.

Consider a conductor having length l, cross-section area A in a uniform magnetic field. If n be the number of electrons per unit volume (electron density) and be the drift velocity of an electron having electronic charge e then the current on the conductor is

Due to the motion of electrons on the magnetic field, each electron experiences Lorent’s magnetic force.

The total number of current on the conductor is

perpendicular to the plane containing l and B.
Special Case:
we have