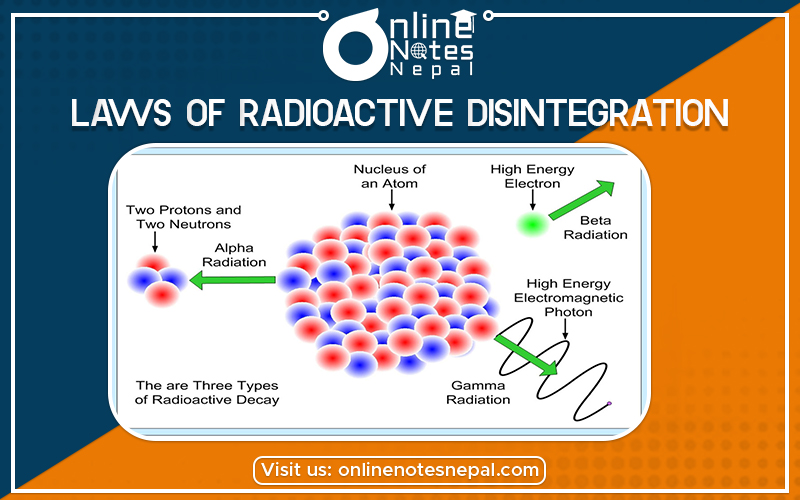 here \lambda is constantly known as disintegration constant or decay constant of the radioactive element. It is defined as the ratio of the substance which disintegrates in unit time to the amount of substance present

Equation (1) can be written as

Integrating we get here C is constant of integration

Let N_0 be the number of radioactive atoms present initially.

Substituting for C in (2) we get

This equation shows that the number of atoms on taken radioactive elements decreases exponentially with time. Theoretically, infinite time is required for radioactivity to disappear completely and this is the same for all elements. Hence to compare two element’s radioactive properties, a quantity called half-life period is used.