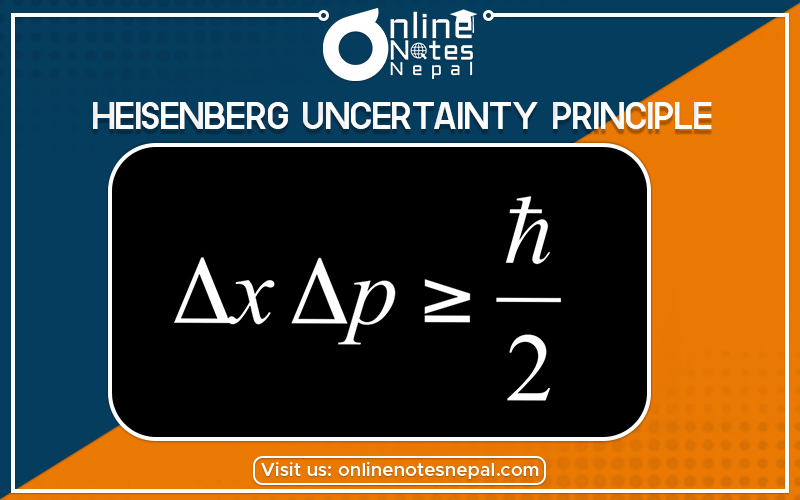 The uncertainty principle, also called the Heisenberg uncertainty principle or indeterminacy principle, statement, articulated (1927) by the German physicist Werner Heisenberg, that the position and the velocity of an object cannot both be measured exactly, at the same time, even in theory. The very concepts of exact position and exact velocity together, in fact, have no meaning in nature.
The ordinary experience provides no clue of this principle. It is easy to measure both the position and the velocity of, say, an automobile because the uncertainties implied by this principle for ordinary objects are too small to be observed. The complete rule stipulates that the product of the uncertainties in position and velocity is equal to or greater than a tiny physical quantity, or constant (h/(4π), where h is Planck’s constant, or about 6.6 × 10−34 joule-second). Only for the exceedingly small masses of atoms and subatomic particles does the product of the uncertainties become significant.
Any attempt to measure precisely the velocity of a subatomic particle, such as an electron, will knock it about in an unpredictable way so that a simultaneous measurement of its position has no validity. This result has nothing to do with inadequacies in the measuring instruments, the technique, or the observer; it arises out of the intimate connection in nature between particles and waves in the realm of subatomic dimensions.

Every particle has a wave associated with it; each particle actually exhibits wavelike behavior. The particle is most likely to be found in those places where the undulations of the wave are greatest, or most intense. The more intense the undulations of the associated wave become, however, the more ill-defined becomes the wavelength, which in turn determines the momentum of the particle. So a strictly localized wave has an indeterminate wavelength; its associated particle, while having a definite position, has no certain velocity. A particle wave having a well-defined wavelength, on the other hand, is spread out; the associated particle, while having a rather precise velocity, maybe almost anywhere. Quite an accurate measurement of one observable involves a relatively large uncertainty in the measurement of the other.