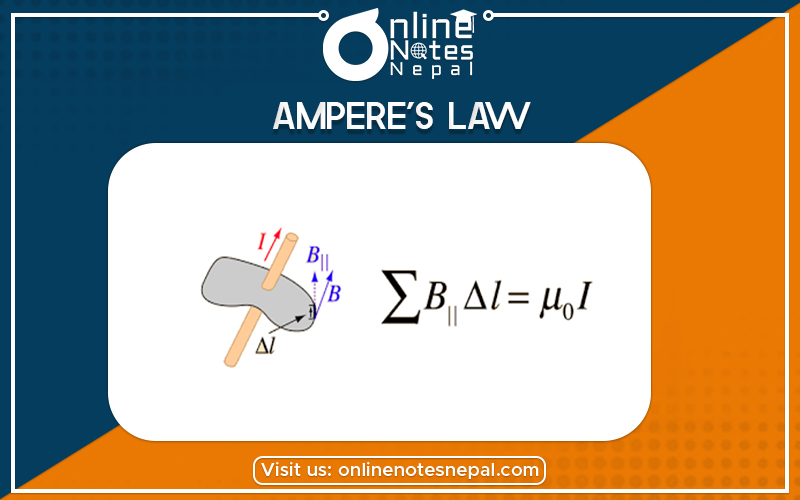 r, in a simplified scalar form,

Thus the line integral
(circulation) of the magnetic field around some arbitrary closed curve is proportional to the total current enclosed by that curve.

• In order to apply Ampère’s Law, all currents have to be steady (i.e. do not change with time)
• Only currents crossing the area inside the path are taken into account and have some
contribution to the magnetic field
• Currents have to be taken with their algebraic signs (those going “out” of the surface are positive, those going “in” are negative)- use right hand’s rule to determine directions and signs
• The total magnetic circulation is zero only in the following cases:
-the enclosed net current is zero
-the magnetic field is normal to the selected path at any point
-the magnetic field is zero
• Ampère’s Law can be useful when calculating magnetic fields of current distributions with a high degree of symmetry (similar to symmetrical charge distributions in the case of Gauss’ Law)