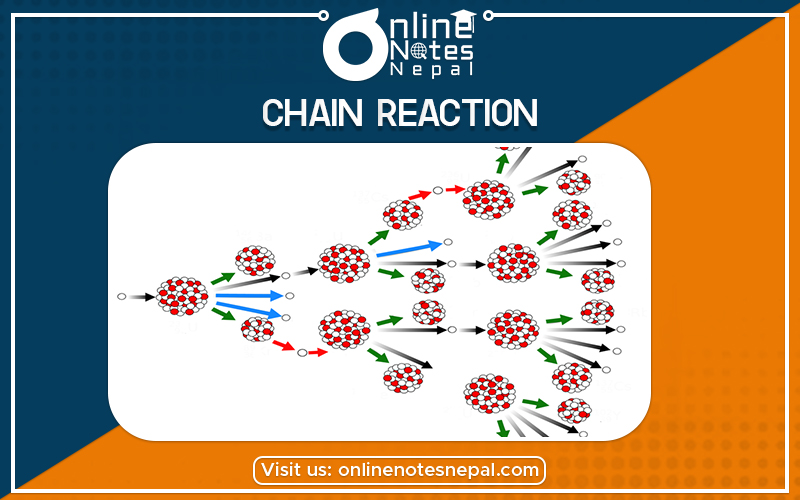 A chain reaction is a sequence of reactions where a reactive product or by-product causes additional reactions to take place. In a chain reaction, positive feedback leads to a self-amplifying chain of events.

Chain reactions are one way that systems that are not in thermodynamic equilibrium can release energy or increase entropy in order to reach a state of higher entropy. For example, a system may not be able to reach a lower energy state by releasing energy into the environment, because it is hindered or prevented in some way from taking the path that will result in the energy release. If a reaction results in a small energy release making way for more energy releases in an expanding chain, then the system will typically collapse explosively until much or all of the stored energy has been released.

A macroscopic metaphor for chain reactions is thus a snowball causing a larger snowball until finally an avalanche results (“snowball effect”). This is a result of stored gravitational potential energy seeking a path of release over friction. Chemically, the equivalent to a snow avalanche is a spark causing a forest fire. In nuclear physics, a single stray neutron can result in a prompt critical event, which may finally be energetic enough for a nuclear reactor meltdown or (in a bomb) a nuclear explosion.

Numerous chain reactions can be represented by a mathematical model based on Markov chains.