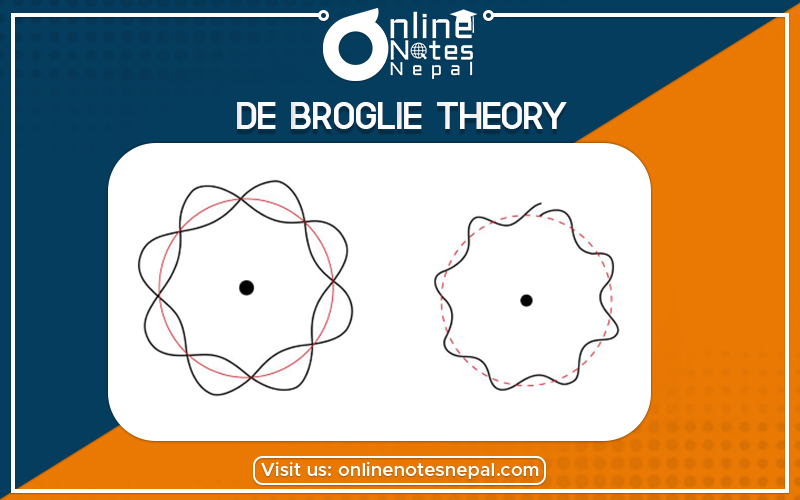 De Broglie's hypothesis of matter waves postulates that any particle of matter that has linear momentum is also a wave.

Matter waves are a central part of the theory of quantum mechanics, being an example of wave-particle duality. All matter exhibits wave-like behaviour. For example, a beam of electrons can be diffracted just like a beam of light or a water wave. In most cases, however, the wavelength is too small to have a practical impact on day-to-day activities. Hence in our day-to-day lives with objects the size of tennis balls and people, matter waves are not relevant.

The de Broglie wavelength is the wavelength, λ, associated with a massive particle (i.e., a particle with mass, as opposed to a massless particle) and is related to its momentum, p, through the Planck constant, h:

Wave-like behaviour of matter was first experimentally demonstrated by George Paget Thomson’s thin metal diffraction experiment, and independently in the Davisson–Germer experiment both using electrons, and it has also been confirmed for other elementary particles, neutral atoms, and even molecules.

At the end of the 19th century, the light was thought to consist of waves of electromagnetic fields which propagated according to Maxwell’s equations, while the matter was thought to consist of localized particles (see history of wave and particle duality). In 1900, this division was exposed to doubt, when, investigating the theory of black-body radiation, Max Planck proposed that light is emitted in discrete quanta of energy. It was thoroughly challenged in 1905. Extending Planck’s investigation in several ways, including its connection with the photoelectric effect, Albert Einstein proposed that light is also propagated and absorbed in quanta; now called photons. These quanta would have an energy given by the Planck–Einstein relation:
E=h\nu
and a momentum

The relationship is now known to hold for all types of matter: all matter exhibits properties of both particles and waves.
When I conceived the first basic ideas of wave mechanics in 1923–1924, I was guided by the aim to perform a real physical synthesis, valid for all particles, of the coexistence of the wave and the corpuscular aspects that Einstein had introduced for photons in his theory of light quanta in 1905.
— de Broglie
In 1926, Erwin Schrödinger published an equation describing how a matter wave should evolve – the matter-wave analogue of Maxwell’s equations — and used it to derive the energy spectrum of hydrogen.